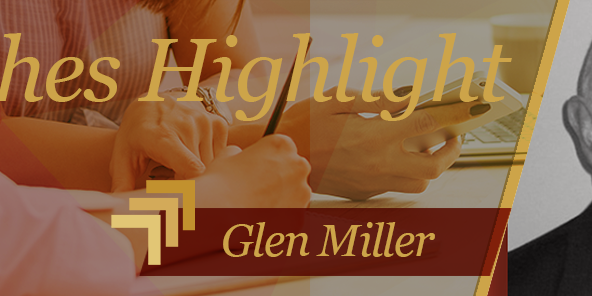 At Droste we believe we are only as good as the people we surround ourselves with. Therefore, we have strategically surrounded ourselves with many outstanding, motivating, intelligent, and experienced professionals who represent Droste through leadership coaching. Here we will introduce the members of our coaching team who are available for leadership coaching sessions and give you some insight about them.

Leadership skills have been the basis for success at all levels of Glen’s career. Glen’s coaching career started early as a teacher and football coach. After seven years of teaching and coaching, Glen went on to spend 10 years in sales and sales management roles before bringing his talent to Cap Gemini Sogeti. At Cap Gemini Sogeti, Glen started as a branch manager and ended as the CEO of Sogeti N.A., leaving a leadership legacy that is carried on today by people he hired 25 years ago.

Glen’s philosophy to coaching is centered on the idea that coaching is fairly basic and consists of simple ideas for changing a leader’s mindset. He follows the “ask, don’t tell” approach by listening and asking leaders questions to help them reach “ah-ha” moments on their own, rather than giving them step-by-step instructions. He often will say, “I just gave you the idea, but you actually did the action.”

Glen believes it’s his responsibility as a coach to help leaders grow and develop, and he often sees his work with leaders transcend from their professional life to their personal life. One of Glen’s first coaching experiences with Droste was with a company CFO. In the initial meeting, the CEO told Glen that this CFO had one foot out the door, wasn’t much of a people person, and had alienated most everyone who worked for him. It wasn’t that he had a lack of skill for the job, but a lack of personality style perception, and this was the company’s last effort to make it work. After eight months of coaching, the CEO said to Glen, “I don’t know what you did, but you’re like a magician.” Glen had helped shift this CFO’s mindset from “me, me, me” to realizing it’s about others. Glen has found that most people see themselves as a manager and not a leader – they don’t realize they are now responsible for the success of others under them, and it is his job to help them reach that awareness.

Glen has executive coaching experience across a wide variety of industries, including manufacturing, banking, health care, consumer products, higher education, professional services, and government. He has worked in companies of all sizes, from small, family-owned businesses to global Fortune 50 companies. Glen is strong at coaching those in roles including CEO, CFO, CIO, CTO, sales and marketing executives, owners, as well as middle management. Glen has a strong set of global leadership experiences and has conducted multiple cultural coaching engagements, including French, Dutch, Italian, and Middle Eastern.

Droste Receives Wiley’s “Diamond Award” for Everything DiSC and The Five Behaviors
March 24, 2021

Gratitude
November 25, 2019
Recent Posts
Categories
Search Products
For questions or help registering or ordering, please contact us at info@drostegroup.com or (877) 550-5100.
Help Me Find The Right Solution
Cart
Categories
Go to Top
DrosteGroup.com uses cookies on our website to give you the most relevant experience by remembering your preferences and repeat visits. By clicking “Accept”, you consent to the use of ALL the cookies.
Cookie settingsACCEPT ALL REJECT Read More
Manage consent