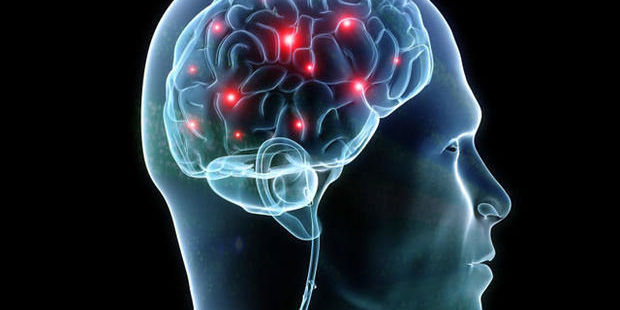 There are still those in the corporate world who remain skeptical of executive communication training. They assume that people are hard-wired “they are who they are” and therefore often fail to either uncover an individual’s full potential or turn a blind eye to damaging behaviors in the workplace, especially if other performance benchmarks are being met. But, in fact, people can make significant behavioral changes to improve their performance when the right coach and behavioral change plan is applied. Despite the adage about old dogs and new tricks, studies by behavioral scientists prove that it’s never too late to change. The key, as the joke about how to get to Carnegie Hall says, is to “practice, practice, practice”.

Insights from one of our Executive Communication Training Experiences

Let us illustrate how our behavioral change plan works best by drawing upon a recent engagement. Droste Group was asked to coach a high-profile senior executive who was a superstar as an individual contributor but an underperformer as a team player, inhibiting the performance of those who worked with, or for him. The executive did well leading up and posted superior sales results, but failed leading across or down. Hence, management was seriously concerned about turnover by others on his team. They were equally apprehensive about the executive’s ability to change behaviors that, frankly, had been tolerated for some time because of his significant contribution to the bottom line.
While we recognized that this assignment would be challenging, we also knew that using the Cognitive Behavioral Learning Model (CBLM) as the foundation of our coaching process would set the executive on the right path forward. Based on work done by behavioral and neurological researchers, a cognitive behavioral approach acknowledges that although we may not be able to alter who someone is, we can help change how he or she responds to events in order to achieve the best possible results. Using this methodology, our coaches work with executives to understand their personal drivers defined as pre-programmed reactions – so they can most effectively process an event and quickly evaluate and decide the best action to take. In our experience, this communication training process helps individuals make sustainable behavioral change over time and yields superior results because it helps them understand who they are, how they process the events that occur in their own world in real time as they unfold and makes them aware of their natural tendencies to respond to those events.

Self-awareness is the starting point in the model. In this particular instance, the executive was initially reluctant to embark on coaching as he was unaware of the real impact of his behaviors. In his view, he was meeting and exceeding his sales and customer satisfaction goals so as far as he was concerned that’s really all that mattered! However, after handpicking peers, subordinates and superiors to provide objective behavioral feedback and examining this meaningful data, the leader agreed to a 12-month executive training engagement to focus on changing his behaviors particularly in situations that require delegation, communication and collaboration. He also agreed to a series of measurable milestones, linked to tangible business goals.
Next, the executive self-selected a coach with whom he shared a common background as well as a personal chemistry that allowed for open and honest communications. In order for coaching to succeed, the leader must be willing to be appropriately vulnerable in order to test new more effective behaviors that yield better results. Vulnerability can be risky in the corporate context and often puts executives on the far fringes of their comfort zones. It requires admitting to mistakes, making compromises, having one’s assumptions challenged and exposing oneself to receiving tough feedback. In other words, making oneself vulnerable is not typical in most corporate cultures. But yet, with the right coach, and support from internal stakeholders, it’s an outcome of the communication training process.
At this stage, the training process begins in earnest. In our example, the coach and executive first spent time examining his motivators by linking the desired changes to his ability to more effectively meet business goals. Once the consequences (both positive and negative) of behaviors in certain situations or events were understood, the executive was able to practice the behaviors that lead to superior outcomes in his day-to-day interactions with his colleagues and clients. And practice them some more. Un-learning deeply ingrained “old” behaviors takes time, as does learning new behaviors. With executive communication training, coaches will work closely to support executives in practicing new behaviors until the behaviors became innate. Some people do need more time to develop new behaviors while others “get it” much more quickly. Therefore, each coaching engagement is tailored to the individual’s needs and, while timeframes vary, the process measures progress against milestones over time to ensure that new behaviors are sustained.
At the end of our work with this executive, all the practice paid off. The improvement was remarkable. While he did not have to change who he is as a person, he has changed his style and been promoted to contribute in a more meaningful capacity as a global leader. The company benefited from its ability to retain a strong performer as well as the other team members who were impacted by the leader’s previous behavior.

Far too often, companies view development as an event, not a process. If fundamental change is needed to improve an individual’s performance, our experience shows that executive communication training utilizing a behavioral change plan results in sustained success because ongoing practice and reinforcement with an experienced coach are built into the process. By incorporating motivators, people can and will change behaviors that otherwise may have been considered immutable. Practice is essential for the changes to “stick”.
Malcolm Gladwell, in his best-selling book Outliers, described his “10,000-Hour Rule” claiming that success in almost any field requires practicing a task for that many hours. By his own estimate, cello virtuoso Yo-Yo Ma a frequent performer at Carnegie Hall, believes that he has already practiced at least 50,000 hours in his lifetime. Practice makes perfect, whether your goal is to deliver an exceptional stage performance or exceptional results.

Not Your Childhood Assessment
October 9, 2019

If You Aren’t Stretching, You Aren’t Learning
September 12, 2019
Recent Posts
Categories
Search Products
For questions or help registering or ordering, please contact us at info@drostegroup.com or (877) 550-5100.
Help Me Find The Right Solution
Cart
Categories
Go to Top
DrosteGroup.com uses cookies on our website to give you the most relevant experience by remembering your preferences and repeat visits. By clicking “Accept”, you consent to the use of ALL the cookies.
Cookie settingsACCEPT ALL REJECT Read More
Manage consent